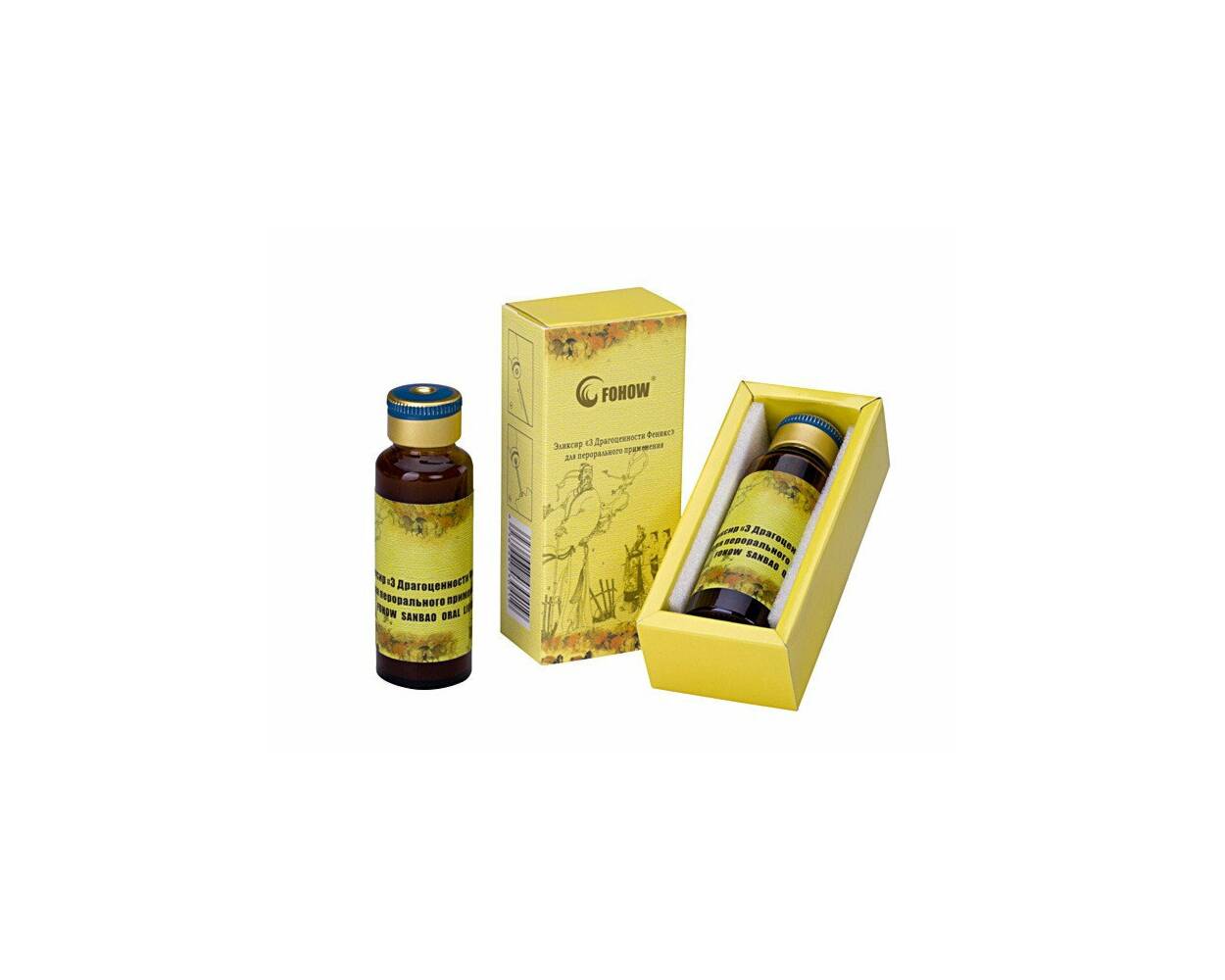 Fohow SANBAO ORAL LIQUID is the most important preparation in China. A biological immunoregulator developed in the scientific research institute of Fohow. Sanbao Oral has a much better effect in the cases of hepatitis B and C, rheumatoid poly-arthritis, diabetes.

It is a super invigorant that nourishes yin and tones yang, improving sexual function (male and female) and barrenness, cervical vertebra disease and protecting the skin, nails and hair. It improves essence of life, vital energy and spirit. It can supplement components like calcium, ferrous, phosphorus, selenium, zinc, vitamin, amino acids and protein.

SANBAO ORAL was developed by adding a unique substance that has been confirmed by the Ministry of Health - Black Mountain Ant (Polyrhachis Vicina) extract, on the basis of the Fohow Oral Liquid. The Black ant has great vitality and adaptability. It is rheumatoid-resistant. It is bacteria-resistant, It has tremendous strength; the ant can lift objects heavier than it and continue working tirelessly. Ants are addicted to sugar, but never to have diabetes.

In every bottle of Sanbao Oral product, there is approximately 300-307 of the ant extract. When producing the preparation, ants were inactivated by freezing, and besides, in order to split the cell membranes, subnanometric technologies and crioextraction were used, this enabled the use of up to 98% of the valuable substance.

Although, the “Fohow Sanbao Oral Liquid” is similar in structure to the BAA “Fohow Oral Liquid”. However the concentration cordyceps in it is higher and reaches 80%.

Modern medical research has found that black thorny ant contains 40 – 55% protein, 14 trace elements, 19 amino acids; it is rich in vitamin A, B1, B2, B12, C, D, E; Also calcium, iron, phosphorus, selenium and abundant zinc. An active polypeptide was found which significantly improved the body’s resistance against diseases and has anti-fatigue capacity.

This Liquid is approved in Nigeria with NAFDAC REG: A7-1800L.